CDC: Half of Americans will suffer from mental health woes

About half of Americans will experience some form of mental health problem at some point in their life, a new government report warns, and more must be done to help them. 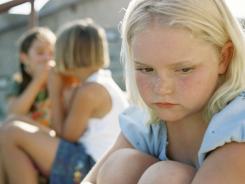 One survey done in 2009 by the Substance Abuse and Mental Health Services Administration found that 11 million people — nearly five percent of the population — experienced serious mental illness during the past year. Mental health issues run the gamut from depression to post-traumatic stress disorder to suicide, and many of those suffering presently do not get help, experts say. The new report, from the U.S. Centers for Disease Control and Prevention, tallied the national burden of mental illness based on country-wide surveys.

There are “unacceptably high levels of mental illness in the United States,” said Ileana Arias, principal deputy director of the CDC. “Essentially, about 25 percent of adult Americans reported having a mental illness in the previous year. In addition to the high level, we were surprised by the cost associated with that — we estimated about $300 billion in 2002.”

The high cost includes care for the illness and lost productivity, Arias said.It isn’t clear why so many Americans suffer from mental illness, Arias added. “This is an issue that needs to be addressed,” she said, not only because of the illness itself, but because mental disorders are associated with other chronic illnesses such as heart disease and cancer.

And while having a psychiatric illness is tough enough, the stigma surrounding these diagnoses adds to the burden, experts said.  ”Mental illness is frequently seen as a moral issue or an issue of weakness,” Arias explained. “It is a condition no different from cancer or other chronic diseases. People need to accept the difficulties they are having and avail themselves of the resources that are available.”  The report was published Sept. 2 as a supplement to the CDC’s Morbidity and Mortality Weekly Report.

One survey done in 2009 by the Substance Abuse and Mental Health Services Administration found that 11 million people — nearly five percent of the population — experienced serious mental illness during the past year, defined as conditions that affected the ability to function.

In addition, some 8.4 million Americans had suicidal thoughts in the past year and 2.2 million made plans to kill themselves. One million attempted suicide, the report found.

Information from other sources confirmed these numbers, with slight variations, the report said.

Dr. John Newcomer, professor of psychiatry and behavioral sciences at the University of Miami Miller School of Medicine, believes the problem may be even bigger than the CDC report indicates. For example, state Medicaid programs spend a great deal on drugs to treat mental illness, which the CDC didn’t take into account, Newcomer said. “For several years the top three drugs were antipsychotic drugs,” he noted.

Also, many people with mental illness hide the problem from others, Newcomer said. The CDC report looked at people already in the health-care system, “but there is a big problem with underdiagnosis and undertreatment,” he said.

Manevitz said people should always seek help for mental health troubles whenever “you are not functioning well in your life and isolating yourself.”